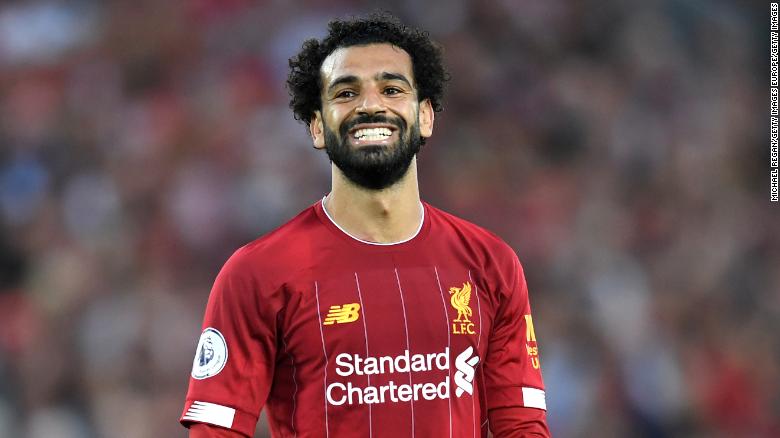 And while City celebrated a second consecutive Premier League title, Liverpool’s 2-0 victory over Tottenham in June’s Champions League final took center stage.
“Honestly, it was great, ” Salah said of his team’s Champions League success. “It’s a dream for everyone, the city, the players, to win a Champions League is something so great and something very big.
“So everyone was having that special moment. I was feeling like a kid whose dream comes true.” 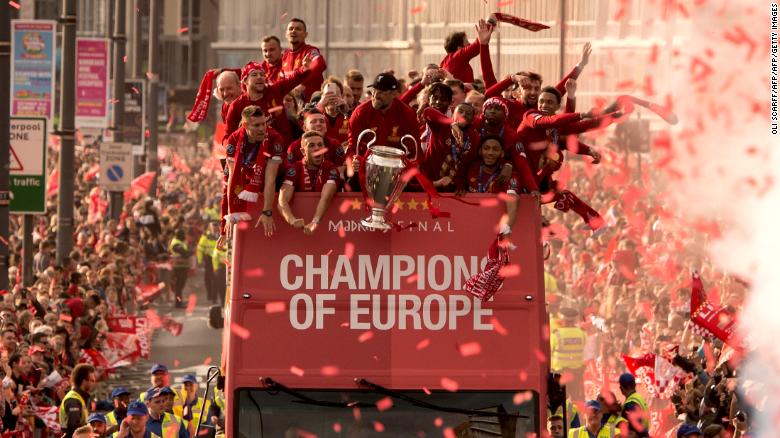 Liverpool coach Jurgen Klopp (C) holds the Champions League trophy as he stands with his players during an open-top bus parade around the city.