NESCAFÉ, the world’s leading coffee brand, has unveiled a new look and concept for its popular NESCAFÉ Classic range to reaffirm its authenticity and ensure continued relevance with its consumers. The re-launched NEW NESCAFÉ Classic DOUBLE FILTERED FULL FLAVOURED features a fuller, smoother flavor thus delivering a fresh taste and aroma appealing to the new generation of coffee drinkers in Kenya.

NESTLÉ East Africa Marketing Manager Ms. Lilian Mackenzie has pointed out that NESCAFÉ, the world’s first soluble coffee with a unique heritage, has only changed for the better by enhancing the taste that consumers love.

“NESCAFÉ Classic now comes in a new look and a richer aroma. NESCAFÉ Classic is made with the finest blend of Arabica and Robusta beans that have been expertly brewed, to bring you a satisfying coffee with the same great traditional taste,” she said.

Pitched as better coffee that creates better mornings, the new NESCAFÉ Classic has been re-designed to offer stimulation for consumers to enrich the real moments in their lives.

“Our team has done an outstanding job in developing the enhanced taste and aroma in NESCAFÉ Classic making it the best coffee product to delight consumers around the world,” added Ms. Mackenzie.

NESCAFÉ is made from 100 percent high-quality coffee ethically sourced from farmers in the world’s premier coffee-growing regions. It was launched 80 years ago and is sold in 190 countries with a 25 percent penetration worldwide. The brand continues to capture new trends making it relevant to changing needs and preferences especially among the youth and millennial generation.

Over the years, NESCAFÉ product innovation has evolved further to capture even more of the natural aroma and flavor from every coffee bean. Today consumers around the world can enjoy the quality, flavor, aroma, convenience and natural goodness of NESCAFÉ coffee at pocket-friendly prices. About 5,500 NESCAFÉ coffee cups are consumed each second across the world.

In Kenya, coffee consumption jumped by 46 percent in the four years to 2014, according to the last report by country’s coffee trader’s association. The NESCAFÉ brand has for over 50 years championed the growing coffee drinking culture in the country.

In 2014, NESTLÉ launched the MYOWBU (My Own Business) program, through which the company works to create shared value. “We also deliver affordable coffee solutions through NESCAFÉ coffee vending machines which have also helped promote the coffee drinking culture.” explained Mr. Ng’entu.

In addition, NESTLÉ has also been at the forefront in developing the coffee supply chain in Kenya through its NESCAFÉ Plan program. “The NESCAFÉ Plan is a global initiative by NESTLÉ  to create value across the coffee supply chain, from farmers to consumers. In Kenya, NESTLÉ launched the NESCAFÉ Plan in 2011. In 2019, we unveiled the third phase of the project targeted to coffee farmers in Kericho, Nandi and Bungoma Counties. The first two phases of the project were remarkably successful, impacting over 42,000 farmers who were given technical support and trained on best agricultural practices. The farmers have increased their production from 2.5kgs to 13kgs per tree on average,” Mr. Ng’entu said.

African and Asian entrepreneurs to showcase innovations in nutrition competition

5 Key Things That Make OPPO The Smartphone Brand of Choice 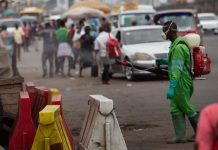