Crammed with more than half a million people — somewhere between the Winelands and beaches of this international destination — it’s now the center of attention.
High-density areas like Khayelitsha are being closely watched because doctors say that places like this are where the battle against Covid-19 on the African continent will be won or lost.
South Africa is, by far and away, the hardest-hit country on the continent. Its confirmed case count is approaching 200,000 and rising fast.
Western Cape is now in the middle of the peak of its coronavirus surge. With more than 69,000 Covid-19 cases and 2,066 deaths, according to July 5 government figures, it is the country’s worst-affected province.
“Nobody knew what the Covid epidemic would mean for South Africa. We had seen Covid rip through Europe, we saw what it was doing in the United States and everyone was terrified of what that would mean in South Africa,” says Dr. Claire Keene, a medical coordinator for the NGO Doctors Without Borders.
“We are being faced with so much failure with Covid. We have used the time well, but we were always going to question whether we used it enough,” she says.
In Khayelitsha, Doctors Without Borders, in partnership with the country’s health department, converted a basketball arena into a field hospital to prepare for this surge. Workers in scrubs walk out the back door and wheel in tanks from the forest of oxygen cylinders outside. 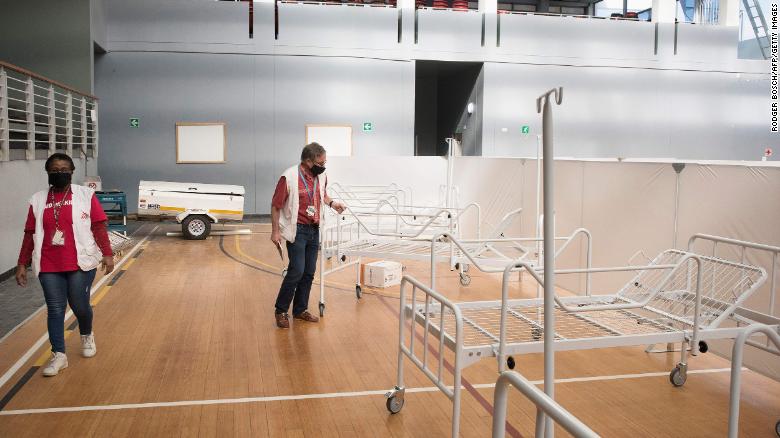 Doctors without Borders, in partnership with the Department of Health, converted this basketball arena in Khayelitsha into a field hospital.
READ THE FULL STORY / WATCH THE REPORT

What Is the Best Car for the Business Professional