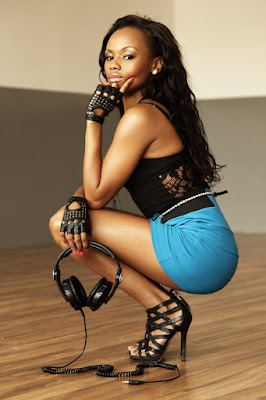 This July, after years of anticipation, Africa is finally getting a glimpse into the life of Bonang Matheba, one of Africa’s most sought after media personalities. The multi-award winning South African is widely regarded as one of the most elusive superstars around.

For the longest time, fans have yearned for a deeper look into the life of the 30-year-old woman they so much adore, and now Vuzu Amp is giving her admirers an exclusive look into her exciting life in the reality series Being Bonang. The show will feature Bonang in her day-to-day business interactions alongside manager Jay Badza, snippets of her romance with AKA, her very close bond with her mom, the interwoven and often exhilarating relationship with her cousin Tebogo “Pinky Girl” Mekgwe and good times with her friend Lorna Maseko.

The production will also highlight how the now, more well-rounded, more successful Bonang has transcended beyond her ‘it girl’ status, with a successful radio show, massive public persona and thriving emceeing career.

Bonang, a former host of The Front Row radio show on SABC’s Metro FM, is finally at a point in her life where she’s comfortable to give her fans a glimpse of what they’ve been so eagerly anticipating. Viewers will see her outright versatility: juggling business success with family, romance, and all out stardom, and for the first time, DStv customers will get to see Bonang the daughter, entrepreneur, lover and confidant.

Naomi Osaka Withdraws from The French Open Due To Anxiety, Depression

How To Become a Climate Champion with Cartoon Network

BM Foundation call for action to conserve the environment