Little known among the so-called Kenyan millennials, could pass unnoticed in any street of the City Under The Sun (Nairobi), but goes down in the annals of history as a man who has impacted immensely in Kenya’s education sector for current and future generations.

Talking about Mr. John Piedade Gomes who was conferred The Order of Grand Warrior of Kenya by President Uhuru Kenyatta in recognition of his service and contribution to the education sector around the country fulfilling the “cast your bread upon the waters and you will find it after many days.”

“This award is in recognition of distinguished and outstanding services rendered to the nation in various capacities and responsibilities,” said President Uhuru Kenyatta while conferring the award to the man whose education was always a priority.

Apart from mentoring the students in schools they taught and set up, Mr. Piedade helped in paying school fees for students from underprivileged families and who couldn’t afford their fees. The man was always determined in making sure that the dreams of others came true.

Some of the alumni of these schools include the iron lady Martha Karua, Senior Advocate Waweru Gatonye, Ambassador Stephen Karau, Equity Bank Founder Peter Munga among others. Those who know him say he is a man beyond definition.

Mr. Piedade goes down in history as a man who is passionate about education and helping the less fortunate in society achieve their dreams.

At the age of 86, the man just cannot let it go. He still teachers and mentors children and his philanthropic work in sponsinfg those who cant afford is still spanning years down the line. 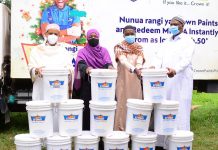 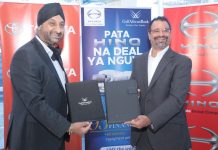 Amp up your productivity with realme as lockdowns take precedence